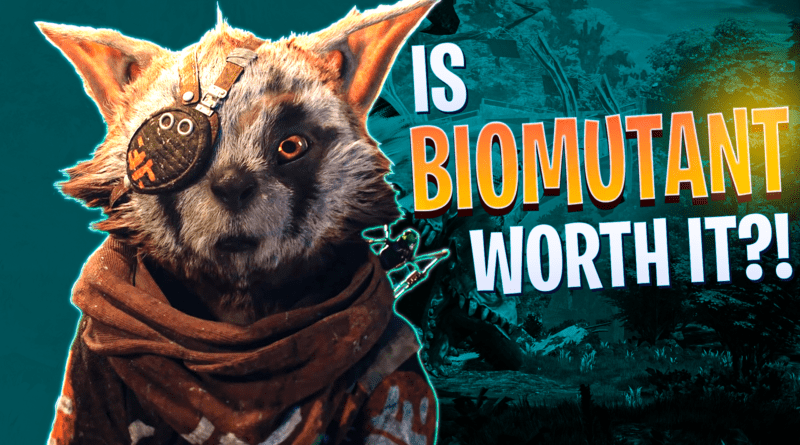 Welcome to ‘is it worth it?’ our show where we talk about a newly released game. We give some real feedback from actual gamers, we talk mechanics, story, and more, and then we tell you whether we recommend getting it now, getting it when it’s discounted or just straight up avoiding it like the plague. Today we’re asking is Biomutant worth it?

So, a little bit about the game, Biomutant is an open world, post apocalyptic RPG with a strong focus on martial arts and mutated animals.

The world is hit by a natural disaster and polluted by toxic oils. The tree of life is at risk, and as the furry little protagonist, you have to go to each corner of the world where the roots of the tree of life are, and save it from pollution, monsters, and bosses called World Eaters.

It’s a choice heavy game, and all of your decisions from ‘which of the 6 factions you join’ to being ‘good or evil’ will essentially mould the story, shaping the fate of the tree of life and all of the creatures it protects.

Ok, so in all honesty, when I first loaded into Biomutant, I wasn’t incredibly excited to play it, I actually asked my girlfriend to play the tutorial whilst I watch, and she did.
After seeing the fluid combat and the funny banter that the narrator throws out, I was pretty intrigued, and instantly hopped on to create my own Psi-freak.

The character customisation is strange… but in a good way. You start by choosing one of 6 races that have a preset bunch of abilities and attributes. Then you use the left stick to navigate to one of 5 points to indicate how intelligent, strong, charismatic, agile, or healthy you are, and each combination will alter your character’s physical features. I focused on intelligence and charisma, which gave my little furry guy an overbite and a real goofy look. His body shrunk, but his head ballooned, and it was real funny to see… but also it was cool to be able to alter so much.

You then get the choice to change the fur colour and style, your resistance to elemental attacks, your backstory,  and class, as well as a few other traits.

My first thoughts were that I loved the combat and the narrator. There are sections where you have to solve puzzles to open doors, and I didn’t really like how easy they were, although I’m a good few hours in now, and I can see a slight improvement in difficulty.

Straight off the bat, we’ve gotta deduct points for Biomutant starting us off in some sewer-like bunker. Game developers absolutely love putting us in those sewers.

But, in all seriousness, I found it hard to find something to complain about with Biomutant. The 5-7 hours I’ve played so far have been solid, and I’ve only found two very miniscule details that I disliked.

Biomutant Has A Super Long Tutorial

So firstly, I did find the first half an hour after leaving the tutorial to be frustrating. Although the tutorial is over, it doesn’t feel like it. You will be stopped in your tracks constantly. It feels as though the game has so much to say, and it’s desperately trying to squeeze everything into the first thirty minutes. I left the good ol tutorial sewers, and it started, cutscene after cutscene, dialogue about something that could easily be mentioned on the way to the quest.

Don’t get me wrong, there is a lot to learn in this game, but I feel there could have been natural points to introduce certain elements, as opposed to forcing me through them all as early as possible.

I hadn’t even made it to the first quest before seeing a bunch of cutscenes, being visited by an old friend, and having a lengthy flashback of when I was a child, where I had to dig through trash, and fight my bullies.

As well as that, I think the dialogue slows the game down considerably. When chatting with an NPC, you have to wait for them to finish grunting and making noises, before a slight pause…. and then finally the narrator swoops in and translates for you. I do actually like the use of the narrator, especially when he shouts things like ‘click clack crunch’ when you mow down enemies, but having to listen to two instances of the same sentence, in an already long dialogue exchange can get a bit grating. It’s a small gripe and it’s probably only gonna be me that it annoys. But, it isn’t game breaking, and I’m gonna keep playing.

For starters, the combat is so fun. I went for the Psi-freak, so I have these electric gloves when I fight. Mixing some shocking martial arts with dual pistols, flips, and basically magic, made me feel like an absolute badass. You get the chance to parry and counter strike, almost like a batman game, but not as polished. You can flip over an enemy’s head, land behind them and kick them flying. I’ve found that fighting the smaller enemies is much more satisfying, just because you can throw them around, and use special moves. With the bigger enemies, if I’m honest, I tend to spam them with ranged attacks and just roll constantly. It’s definitely not as elegant.

While we’re on the subject of looking good, this game looks incredible. I’m running it on a PS5 on a 4K monitor, and it is breathtaking. Nothing looks better in this game than fighting in an open field, there’s a little breeze running through the grass, and you’re being an absolute ninja doing flips all over the place, sending all of these furry idiots flying, while the sun pokes through the trees and pings off of your shiny armour.
If we did ratings at gaming exploits, which we don’t this would be an easy 8/10 for looks alone. But again, we don’t.

Another huge positive for this game is how much you can actually upgrade. It is… insane. When you level up, you can add 10 points to one of the five attributes I mentioned earlier, after that, you can upgrade your class abilities, and your bio abilities, your weapon abilities, AND your passive abilities.

On top of this, you can loot areas or fallen NPCs for gear, you know, weapons and armour. You can then scrap these to make better weapons and armour, or you can use the scrap to modify and upgrade the equipment you already know and love.

Biomutant Has Good and Evil System

Is that not enough for you? How about a good and evil system, because they’ve got that too. But the angel and devil on your shoulders speak to you, and you can interact with them. So if you want to be a naughty, sword wielding rat with lightening powers, this game has you covered. You even have a separate good and evil system for the flashback child version of yourself. How you act in the past will cause people you meet in the future to act a certain way around you.

The story has kinda flown under my radar while playing the game, just because everything else is so fun. That’s not to say I don’t know what’s going on, but more because I want to get back to being a badass furry ninja.

Travelling Around in Biomutant

One more thing, then I’ll stop ranting about how much fun I’m having, but the map is big, which at first, I thought was going to be an issue for my tiny legs. But you unlock some really cool ways to get around. I won’t spoil much, aside from the fact you pick your own fluffy mount, you get a jetski, and you can fast travel (after peeing on the fast travel posts of course.)

Is Biomutant Worth it?

So we finally get to the whole reason for the article, I’m sure some of you have skipped straight to this section, if that’s you, I’m disappointed in you. You should at least share this as an apology.

So, is Biomutant Worth it? Should you get it now, later, or never?

In all honesty, I can’t think of a reason to tell you not to get this game right now. I’m having a great time playing it, and I’m finding myself thinking about it when I’m supposed to be editing videos.
Yes, I truly think Biomutant is worth it.

But let me know what you think? Are you excited for its release tomorrow? Are you going to get it after watching videos on it, or are you going to wait for it to go down in price?

If you’re watching this from the future, I have two questions for you. Did you enjoy Biomutant, and how many YouTube subscribers do I have now? Let me know.

Is BIOMUTANT Worth It? Video 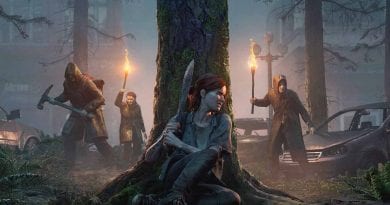 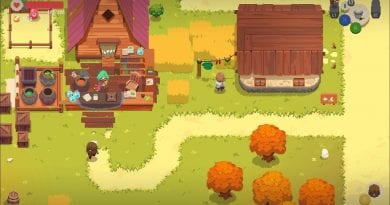 How To Do The New Stardew Valley MOBILE Item Duplication GLITCH