We all like a little treat now and then, like finally nabbing that game you’ve been tempted to buy for ages in a sale, or at last, getting round to downloading that DLC you’ve been meaning to play. For others though, a standard “little” treat will not suffice; why resort to the bog-standard edition from a second-hand store when deluxe-exclusive-special-legacy editions exist?! Here, we take a look at some of the most expensive special editions to have graced the homes and mantelpieces of the most committed fans.

To be honest, if you’re able to master these notoriously tricky games then you totally deserve a 16-inch Lord of Cinder statue to add to your gaming memorabilia. Unfortunately, for this to be yours it would set you back a hefty amount; a weighty £800. What justifies this cost? As well as the statue, frivolous spenders can also expect a smaller Red Knight statue, a collectable box, steelbook, art book, soundtrack, a physical cloth map, patches and of course a copy of the game itself. It’s inarguably a nice collection of quality goods, but enough to justify spending £800 on? Just make sure you play the game first to ensure you like it enough (and are able to get past the first boss). 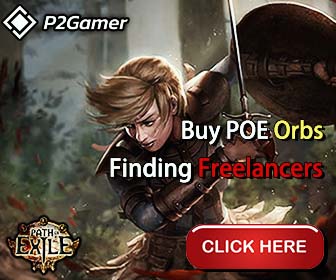 You thought £800 for a Dark Souls 3 special edition was a little excessive? Try this one. This particular edition of Saint’s Row IV perfectly matches the amplified levels of outrage, absurdity and ridiculousness of the iconic game series, rewarding the buyer with immeasurable levels of swagger. Limited to just one “lucky” customer, the sole purchaser would be rewarded massively for their investment, which includes a space flight courtesy of Virgin Galactic, a Hostage Rescue Experience, plastic surgery, trips to Dubai and Washington, a Lamborghini, a Toyota Prius and a handful of other mental materialistic and experiential desire fulfillers. I mean, I’d too expect a flight to space if I was set back $1000,000 (about £720,000). When a Virgin Galactic Space Flight costs around $250,000 and a Lambo can be more or less the same, it’s difficult to figure whether or not the Wad Wad is even that good a deal. Regardless, if you’re able and willing to splash a million on a special edition of a game, then you’re most likely in a safe financial position to do so. Or at least we hope so.

Say what you want about Assassin’s Creed, but for a series able to drop an $800 special edition for its 10th main instalment and get away with it, is a pretty decent flex. In return for your consistent loyalty and encouraging investment to the major series, buyers can expect a 73cm statue, exclusive lithographs, an amulet, steel-book, physical map, art cards, art book, game soundtrack and more, all of which are authenticated by a certificate. Albeit both critically attacked and praised, it’s difficult to imagine the iconic series ever losing its loyal fanbase. So, it’s no surprise that this edition, limited to just 999 worldwide, sold out upon release. 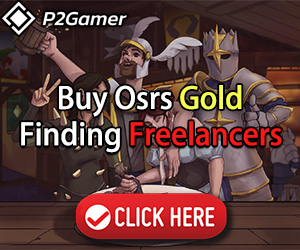 Aside from the million-dollar Saint’s Row edition, this entry from Grid 2 comes second as the priciest on this list. Grid 2; great game, right? Made dramatic racing feel like a reality, right? Well, with the Mono Edition it can be, as it includes a race car. A real one. It’s not as useless as it sounds either. A Mono is a legitimate formula racing car that is road-legal, meaning it won’t just be sat on your drive. Plus, if you’re worried you may look a bit weird taking a race car to the shops, the special edition includes a race suit and helmet. Safety first!

This collector’s edition may offer the most functional goods out of any on this list. However, it is simultaneously the most pointless and obscure (which is certainly saying something for an entry that shares space on this list with Saint’s Row IV). Zombie action-survival epic Dying Light’s My Apocalypse Edition not only offers some pretty applaudable and creative perks, such as having your face in the game (as a terrifying night hunter), parkour lessons and a life-size zombie statue, but you’ll also receive a fully functioning, custom-built zombie-proof shelter. It all sounds great initially, but, if you’re like me then there are going to be a fair few questions. Where the hell do you put it? What does it cost to maintain it? And, most importantly, why does anyone need a custom-built zombie-proof shelter?! I guess the owner of it (for £250,000) will be the one laughing if and when the apocalypse comes…

Which one of these looks the best to you? Have you ever bought one of the most expensive special editions of all time?

The Cycle Review: A Welcome Change to the Battle Royale Genre