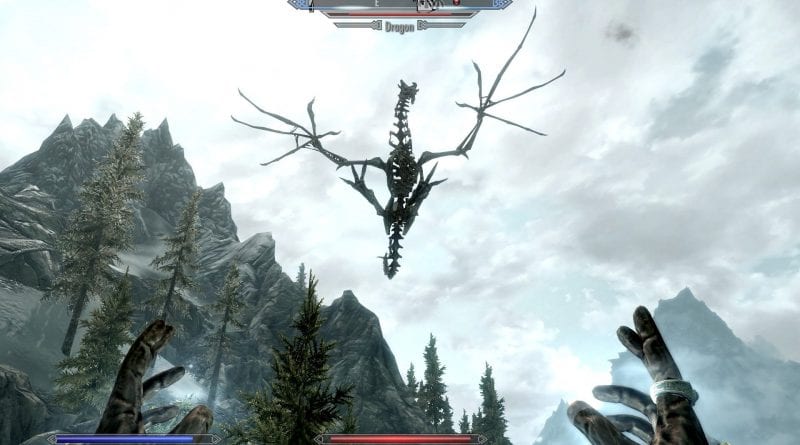 The Elder Scrolls V: Skyrim has been around for over 8 years now, so the fact we have a list of game-changing exploits as long as an arm holding another arm, shouldn’t come as a surprise. From duplicating any item to leveling a skill to 100 in a matter of minutes, these trophy friendly exploits will have you shattering reality in even the most magic of worlds.

If this 2020 Skyrim exploit guide helps you in any way, don’t forget to give us a thu’ums up!

Possibly one of the most well know Skyrim exploits, is being able to duplicate items using your companion. There are a few different duplication exploits out there, but this one (tested 30/03/2020) still works.

2. STEALING FROM THE SKYFORGE

It’s amazing that I’ve been doing this Skyrim exploit since it was found back in 2011 and I’m still robbing Eorlund Gray-Mane blind after all these years. It’s worth noting that, for some reason, it doesn’t class as stealing, you can take the items with no repercussions.

Since we’re already in Whiterun duplicating, we may as well stay here for the next exploit.
Every merchant in Skyrim buys and sells out of a chest that the developers have hidden under the world, fortunately, that’s where we’re headed.

1. Head over to the front gates in Whiterun and take a left, you should see a little enclosed space with a barrel.

2. Once you see the barrel, jump on top of it and face the big open space. Attempt to jump off of the barrel and through the gap (this will take quite a few attempts)

3. Now that you’re finally out, run around the right side of the building all the way to Dragonsreach until you come across a big gap in the floor (you should be able to run over it)

4. Continue walking over the invisible floor until you hit a rock, follow the rock to the right and you should be able to walk straight through as if it were platform nine and three quarters.

5. You’re now under the Skyforge! You should see a chest slightly above you to the right, jump up, click on it and steal everything

6. Wait 48 hours and the chest will be restocked

7. Getting out of the glitch and to a merchant is going to take a while, as you’re currently over encumbered by at least a couple thousand. Select the ‘Whirlwind Sprint’ shout to make this slightly less painful.
Head over to the two archery targets on your left, keep jumping and aim to go left of them. Eventually you’ll pop out of the glitch, time to slowly make your way to a Whiterun merchant or Breezehome to bank the goods

This exploit is one of the easiest in the list and requires very little. If you’re trying to Platinum the game and want to get some of the Trophies done quickly, I’d recommend getting your sneak to 100 as soon as you can enter High Hrothgar. Not only is getting a skill to level 100 a Trophy, but having max sneak will also help snap other ones up.

Firstly, if you haven’t already, head over to the Guardian Stones and activate the Thief Stone, this will ensure your level skyrockets even faster.
Get yourself an iron dagger and fast travel to High Hrothgar (home of the Greybeards). In the center of the room as you walk in there’s usually a Greybeard knelt down, meditating.
Position yourself behind the monk, crouch, flick your difficulty setting to max and quicksave the game. Ensuring that you are completely hidden first, slash the unaware monk with the iron dagger.
At first, it will instantly show that you’ve been detected, but you’ll be hidden again straight away. With each (or every other) slash, you’ll level up and be less prone to detection for shivving the poor guy. Be sure to save every few levels as you can get caught out pretty easily.

Something to remember here, with each slash, you’ll be slowly pushing the monk forward, once he hits a wall, he’ll turn around (not always straight away) so don’t get caught mid-swing, knife in hand, by a Greybeard, these guys do not mess around when they feel threatened.

Keep swinging that blade ’til you hit 100.

I’ve got an incredibly simple one for you here. This isn’t a glitch, or a hack, but it’s most certainly an exploit! Take a bucket, pot or basket, place it over the head of any merchant, then STEAL EVERYTHING.

If you were trying to get max level sneak to steal from Lucan Valerius, forget leveling up, just block his view with a basket and he’ll just stand around whilst you empty his shop.

Firstly, get yourself a follower and trade with them, give them a bow and ONE arrow of your choice. I’d suggest a good arrow, like deadric or glass. Each time your follower uses their bow, they’ll shoot unlimited arrows regardless of the fact you only gave them one.

This exploit is handy for two reasons.

– You can pocket every arrow that hits the ground. Boom! Free arrows

I’m not really sure if this can be considered an ‘exploit’ but, I guess it could be handy if you ever find yourself needing to transport a dead dragon. At the very least, it’s fun to blast a dragon off of a mountain.

After killing one of the many dragons in Skyrim, simply equip a spell meant for reanimating corpses and fire it at the dragon. There she goes!

Grab yourself a plate and head to the Ragged Flagon, I’m assuming you know it’s in the Thieves Guild. ‘What am I doing with a plate?’ I hear you ask through the screen. Well, you’re about to break Skyrim… quite a bit.

Once at the Flagon (shortened from Ragged Flagon to save time) find the door that leads to the Ragged Flagon Cistern, but don’t go through. Drop that plate of yours, now pick it up by holding the action button. This way, it won’t go into your inventory but instead float in front of you like a spooky ghost plate. Still holding the button, hold the plate up against the door and get as close as possible, start to sprint (sometimes Whirlwind Sprint works too).

After (hopefully) a little bit of time, you’ll fall through the door, and the floor, and the world. Yup, you’ve broken Skyrim. You should end up underwater, have a little look around and you’ll see 7 chests, each will have some great loot and around 1000 gold.

After emptying each chest, swim upwards to pop out of the glitch as if nothing happened.

You just stole from the Thieves Guild, making you some kind of super Thief!

8. FAST TRAVEL WHILST OVER ENCUMBERED

Let’s just say, I really wish I knew this one before I had already completed Skyrim a handful of times.

If you’ve just looted a cave and can’t walk faster than a snail because you picked up another spoon, you’re gonna have to drop that spoon right? Wrong! Just jump on your horse, that’s it. You can now fast travel.

It’s funny how easy it is to level your armour, considering all you have to do is get hit a bunch.

Firstly, head to the Guardian Stones so you can activate the Warrior Stone and level up 10x faster.

Now, deck yourself out in full light or heavy armour, grab a lot of health potions and head to the little icy islands just north of Winterhold.

Find yourself a Horker, flick your difficulty to the lowest and let it start attacking you. During the lower levels, you’ll need to keep drinking health potions (note: this is a great time to level up restoration whilst you’re getting roughed up)
With each level. you’ll be able to add another skill point to your armour, until eventually, you can subject yourself to a violent beating from two or even three Horkers. Eventually you’ll be able to leave your controller alone (note: plug it in so it doesn’t disconnect and pause the game) and come back to a maxed out skill.
(note: you can equip a shield and tape down the button that holds the shield up, this will simultaneously level up the Block skill too)

10. UNLIMITED SOLDIERS (LEVEL UP ALL COMBAT SKILLS AS MUCH AS POSSIBLE)

It doesn’t matter which side of the war you’re morally swayed, regardless of your loyalty to the Imperials or the Stormcloaks, they’re all about to get a taste of your sword.

Once you’ve picked a side and are getting asked to take over forts, you’re ready for the ultimate Skyrim exploit.
Head to the fort, like you usually would, take out all of the enemies and win the fort.
Now, start attacking your comrades, why? Because these guys will keep respawning. You could keep killing them until you max out every combat skill you have.

11. MAX COMBAT LEVELS ON A HORSE

After the quest The Cure for Madness You’ll be rewarded with the horse Shadowmere. This horse isn’t only great because it annihilates enemies, it also has very quick regenerative health. If you turn your difficulty to the max, you can blast Shadowmere with a barrage of arrows, slash it with a sword or use any other type of weapon or spell to boost those levels quickly. Don’t forget to activate the correct Guardian Stone to help you level up faster!

You can find a video tutorial on all of these Skyrim exploits below:

Tweet me your thoughts on this over at @LiamABartlett 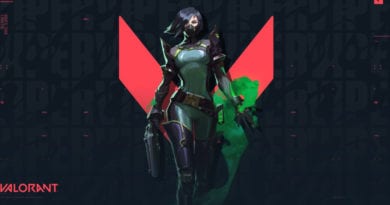 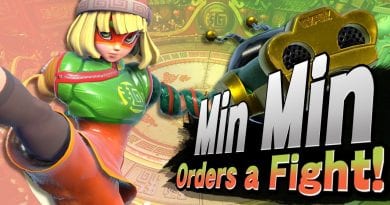